What is the most efficient way to operate an electric motor in a particular state? How does a robot work? These were the kinds of question that Tom Haider dealt with in his bachelor’s degree in mechatronics. »I wanted to understand how technological devices work.« What interested him far more in the course of his studies, however, was use cases arising directly from research. In November 2020, this interest brought him to the world of research at Fraunhofer IKS.

During his time as a mechatronics student, artificial intelligence saw its first major breakthroughs and became increasingly applicable to everyday life. Tom became fascinated with how computers could be made to learn on their own, and decided to study for a master’s degree in IT with a focus on AI. In Copenhagen, the fact that his bachelor’s degree was not in IT was no hindrance at all. Working groups of students from very different disciplines are commonplace there.

As a research fellow at Fraunhofer IKS, the 25-year-old focuses on reinforcement learning, which he plans to make the subject of his doctorate. Upon completing a project, Tom does not expect to be able to say: »Great, we’ve solved the problem now.« What he wants to achieve with his work is to make the results tangible and applicable so that they can add something of value to society. He always asks himself how research can be applied in practice. 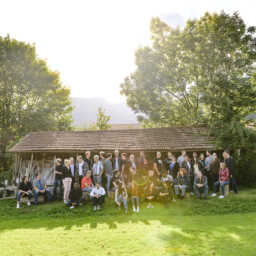 Become part of our team and apply now!

Many use cases for AI

Not just in the field of autonomous driving: »That’s often the example that’s showcased, because it illustrates a lot of what we do in the department. But our research is also transferable to many other use cases.« Examples include medical diagnostics and the safe operation of power grids. Even forest fires can be detected at an early stage using AI and satellite images, according to Tom. »To avoid disasters, however, it is especially important to have reliable systems – and that’s what we’re working on.«

After his bachelor’s degree in Regensburg, his master’s in Copenhagen and his master’s thesis in California, Tom is delighted to finally be spending more time back in his home country. During his upbringing in Traunstein am Chiemsee, he was never far from the Alps. His passions include hiking, cycling, climbing and skiing. But, when planning his holidays, Tom always makes sure he has the chance to do a bit of surfing. Nevertheless, he still hopes never to have to choose for good between the coast and the mountains – or between theory and practice in AI research.

You want to get to know more of our colleagues at Fraunhofer IKS? Read the portraits on our blog: Portrait series